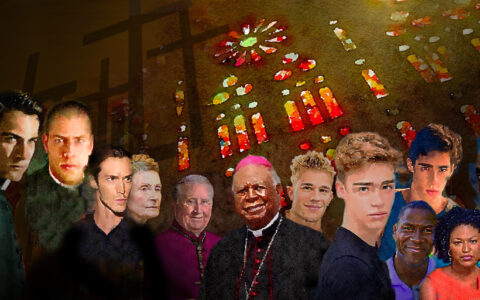 I have decided against self-publishing. I’ve done that once and have a carton of obsolete and essentially useless books in the garage to prove it. My first choice is to work with an agent because they are the only ones that publishers are apt to pay attention to. Once upon a time (when I was a bit younger and more foolish) I queried a large number of agents and came up empty-handed. Now, older and wiser, I understand why. So here I go again, only this time much more focused, with a better product, and a lot more experience. It’s a long haul, as almost every one of them has a four-to-six week lead time before I hear from them—if I hear from them.

With the huge number of books published in the US every year, one of the things that contemporary authors must do in order to find readers for their work is to create a robust social media presence. This past few weeks, I’ve been all over it.

What that means is branding. And what that means is having a dedicated domain. Thus, I’ve procured the WeAreNotSaints.net domain, and connected everything I’m doing to it. Think of it as a one-stop-shop for all my writing (for the foreseeable future, anyway).

One of the best ways to introduce one’s writing to a prospective audience is to create (and maintain) a blog. The blog I’ve created (blog.wearenotsaints.net) is intended to allow you, my future readers, to interact with this series even before it’s completed and publicly available. There are literally dozens of characters in this series, and most of them have an interesting and sometimes controversial back-story, much of which you won’t find in the novels themselves. Here’s my chance to let you get to know the characters as people with lives and histories. I’m publishing interviews with as many of them as possible over the next weeks and months. It’s better than reading People magazine!

Since each member of the “cast” of this series is a unique individual, and I’ve lived with them now for a couple of years at least, I have a very good idea of what they look like. I want you to see them, too. That’s why I’ve enlisted the help of Stephan Smith to “paint” portraits of them. You’ll see them on the front page of this website, and featured at the head of each of their interviews. By the time you finally get the opportunity to read their full stories, you should know them quite well.

This blog is being hosted on Medium.com, which, if you’ve never heard of it (until recently, neither had I), is crammed full of exceptional writing on every topic there is, practically. If you choose to follow me on Medium, you’ll have the option of receiving these interviews as they are posted. If you get “hooked” on them, that’s something you’ll want to do.

It’s interactive! If you leave a comment on any of the interviews, the cast member will be happy to respond to you and/or answer your questions. If you want your conversation to be more private, each cast member his his or her own email address posted at the end of the interview. Feel free to email them, they will respond!

Yes, Facebook. Until recently, I’ve been posting the cast interviews and news about progress on the series on my personal page. Now, it’s time for the series to have its own page. So, here it is: facebook.com/WeAreNotSaintsSeries.

It’s given me the opportunity I’ve been looking for to give you readers a chance to experience the actual books. That’s why, if you log on to the series page and “Like” it, you’ll get a chance to download the first two chapters of the first novel, The Priest. It’s Jared’s story, but you’ll find many of the cast members there. I can’t give it all to you, but at least you can have a taste.

On the series page, I’ve created four groups (one for each novel in the series). I’m inviting everyone who “Likes” the series page to join the The Priest book group. I’ll post information on publication progress there, as well as the link to download the sample. In time, I’ll provide invitations to join the groups for the other three books, as well.

I’ve been on Twitter for a lot of years, but I haven’t been “getting” it. Once the political climate in this country turned sour, I didn’t want to be active there (or on Facebook, either, for that matter). Now that things are more civil, it’s time to come back. I started tweeting the cast interviews on my own account, but now I’ve created a Twitter feed just for the series. You can find it on Twitter at @NotSaintsSeries. I’ll continue to post the interviews on my personal account (@hlesbrown), but progress reports will be found on the series feed. Please follow me on both places to be sure you don’t miss anything.

Would you be so kind…?

If you’ve connect with my series on any or all of these platforms, and you’ve liked what you’ve read, it would be awesome if you’d take a few minutes to share your opinions. Let the world know what you think by posting a comment either on the interviews themselves, or on the series Facebook page or tweet about us on Twitter. And, one more thing…if you like what you’re seeing, please invite anyone you think might be interested to join in the conversation. I’d love it if you would!